Educational games for children is the most popular way for your kid studying nowadays and our apps will help with it. So, let's learn ABC with GoKids! Choose a learning language for your baby - English, Russian, Spanish or Portuguese.

Educational games for children is the most popular way for your kid studying nowadays and our apps will help with it. So, let’s learn ABC with GoKids! Choose a learning language for your baby – English, Russian, Spanish or Portuguese.
Playing our game preschoolers will make fun learning ABC letters. Kids will be able to spell, pronounce, draw letters of the alphabet and solve puzzles.
👶Our game suits 2, 3, 4, 5 and 6 years old kids. There is a choice between learning English alphabet, Russian alphabet, Spanish alphabet and Portuguese alphabet with writing and pronunciation tasks.
Kids learning games foster graphic skills by writing prompts of letters and motor coordination through repeating, thereby encouraging a child to learn.
The abc games as preschool games for little kids help to define vowel and consonant sounds and broaden the lexicon. Learning letters is not boring now, mom and dad will be happy to know their kids recognize animals and colors and can name them.
How to play our funny ABC learning game with your toddler?👨‍🎓
🛁Choose a bubble with a letter in the bathroom and boost your toddler education to prepare him for school. Learning letters and their sounding, guessing various objects and animals train memory and speech of your kids, so does tracing outlines of the letters train them to write.
🏠The playing field looks like a cozy home room with colorful knitted rug, toys on the floor and children’s drawings on the wall which create calm and safe atmosphere.
The ABC game offers a kid to pick a letter from the alphabet to train with. Remaining letters become available after unlocking them by performing all the tasks which include learning, tracing and guessing the objects, otherwise parents can unlock letters in a parents’ section for a small fee.
To start the first part of the game learning process choose a block in the right upper corner. A narrator with a pleasant voice names the letter and then the cards with the objects are shown so that the kid can easily memorize the connection between the object and the letter and their pronunciation.
🎨Drawing on the fence is the next entertaining task for little boys and girls who are eager to paint and learn. To remember correct outlines of the letters it is helpful for kids to trace letters. For good memory and revising toddlers’ skills the game offers to draw uppercase and lowercase letters, so trace the letters, get candies and go to the next task where you should put the letter inside the correct shape. Putting the letters into their cut-outs is the task for motility and attentiveness development of your kids.
🏡The next location is a cozy kitchen with wooden cabinets inside of which the objects and animals appear. The task is very similar to the first one where the kid should connect the letter with the object.
Kids free ABC game develops and trains child’s motility through finger slides and drawing tasks, it nurtures accuracy and writing skills.
Moreover our free educational games for kids can be used at kindergarten to entertain and teach children alphabet letters writing, tracing, spelling and phonics in their native and foreign languages📚. 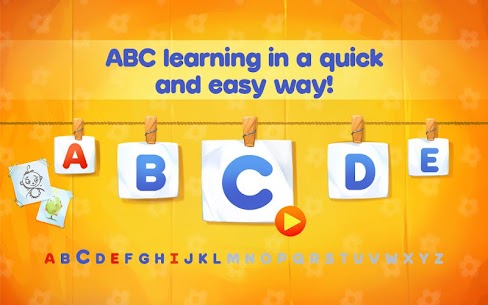 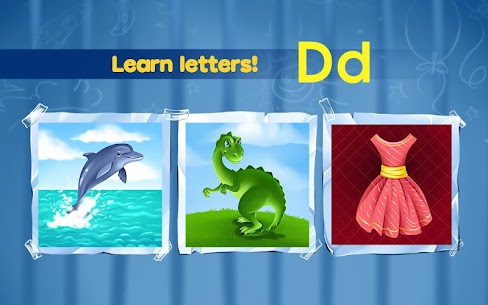 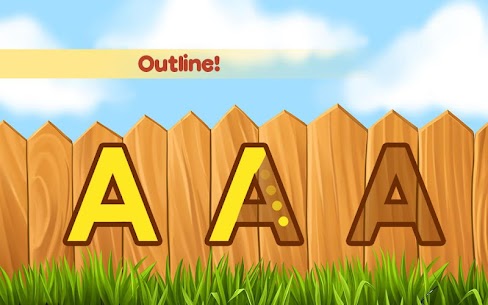 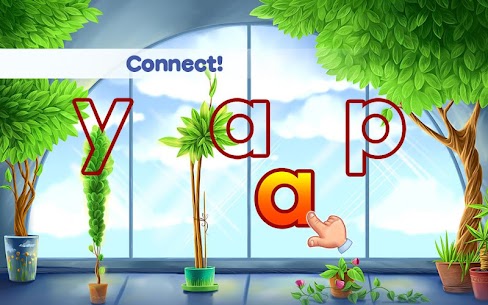 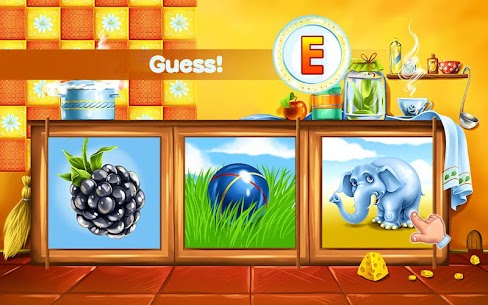