Free new Alarm & Siren Sounds application! This game is real sounds simulator with the most realistic, loud and awesome sounds. This application contains 24 different sounds: police, ambulance, fire truck, air ride, tsunami, submarine alarm, sports fan air horn and etc. The game is just a soundboard that produces siren or alarm sounds by tapping buttons on the face of your mobile device.
This application features:
Very realistic and powerful sound of alarm and siren
Fun for children of all ages, designed for boys and girls
Here you find high quality and lovely images
Easily to use, just click on button and it will start


A siren is a loud noise making device. Civil defence sirens are mounted in fixed locations and used to warn of natural disasters or attacks. Sirens are used on emergency service vehicles such as ambulances, police cars, and fire trucks to. This application contains 16 different types of siren and alarm:
* Fire alarm. A fire alarm system has a number of devices working together to detect and warn people through visual and audio appliances when smoke, fire, carbon monoxide or other emergencies are present. Most fire alarm systems in Europe sound like a siren with alternating frequencies. Fire alarm sounders in the United States and Canada can be either continuous or set to different codes such as Code 3.
* Ambulance siren. An ambulance is a vehicle for transportation, from or between places of treatment and in some instances will also provide out of hospital medical care to the patient. Ambulance siren can be fully electronic, electric, or manual, but are all designed to create changing sound patterns.
* Police siren. In addition to visual warnings, most police cars are also fitted with audible warnings, sometimes known as sirens, which can alert people and vehicles to the presence of an emergency vehicle before they can be seen. Most modern vehicles are now fitted with electronic sirens, which can produce a range of different noises.
* A civil defense siren (also known as an air-raid siren, tsunami or tornado siren) is a siren used to provide emergency population warning of approaching danger and sometimes to indicate when the danger has passed. Some are also used to call the volunteer fire department to go fight a fire. Initially designed to warn of air raids in World War II, they were adapted to warn of nuclear attack and of natural destructive weather patterns such as tornadoes.
* An air horn is a pneumatic device designed to create an extremely loud noise for signalling purposes. It usually consists of a source which produces compressed air, which passes into a horn through a reed or diaphragm. The stream of air causes the reed or diaphragm to vibrate, creating sound waves, and the horn amplifies the sound so it is louder.
* A fire truck (also known in some territories as a fire apparatus, fire engine, or fire appliance) is a vehicle designed primarily for firefighting operations. In addition, many fire departments/fire services often employ their vehicles for various other uses including emergency medical services and rescue purposes. The terms “fire engine” and “fire truck” are often used interchangeably.
* Submarine alarm. Six standardized alarms are used on submarines of the United States Navy to alert the crew to situations that require immediate actions to be taken without waiting for specific orders. A higher priority alarm will silence an already-sounding lower one; in order of priority, they are: Collision Alarm, Diving Alarm, Missile Emergency Alarm, Missile Jettison Alarm, General Alarm, and Power Plant Casualty Alarm.

The game is available for users of compatible devices that run on the Android operating software and can be downloaded from the Google Play store. It takes a few clicks to download and as the size of the game is not large, it can be downloaded in a minute or in a couple of seconds. Make sure you turn up your Media Volume to hear the siren or alarm sounds in all their Power! 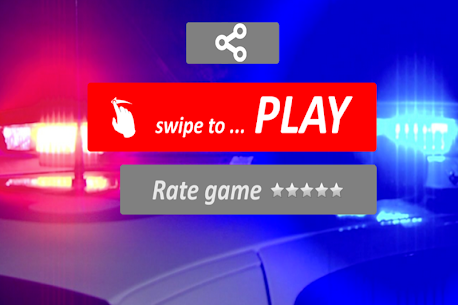 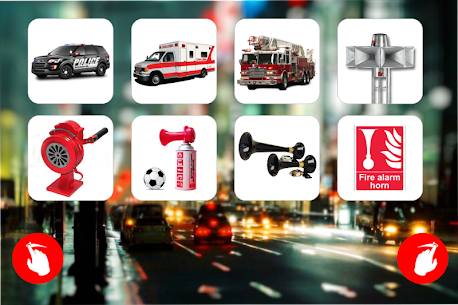 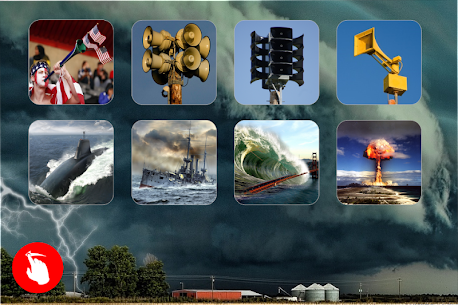 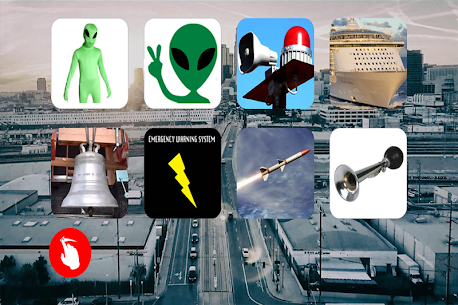 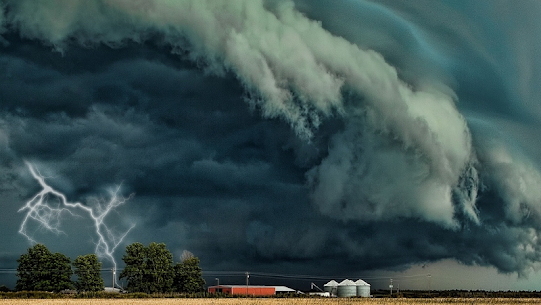